Spotlight on the Scotch (Scots) Pine 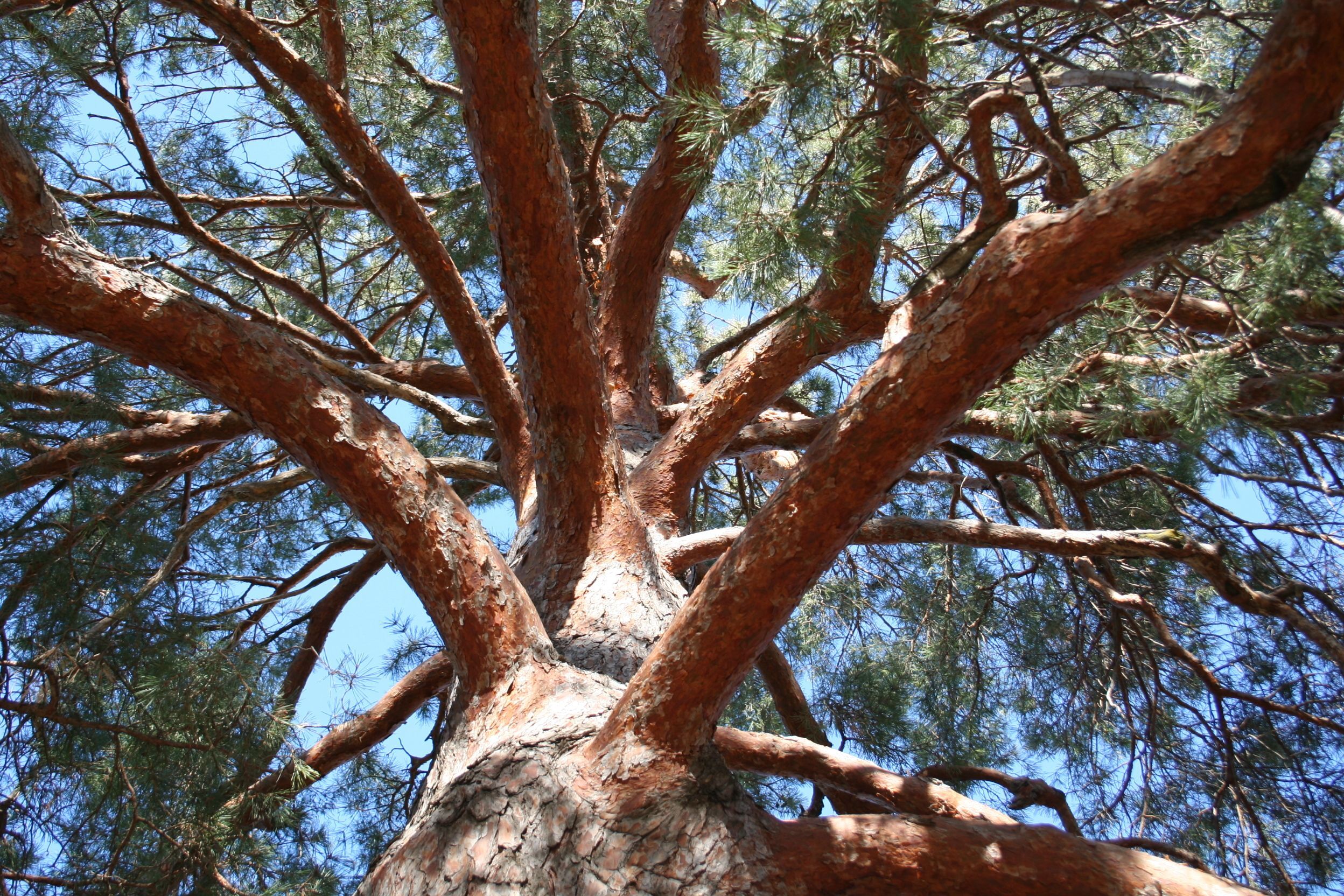 Scotch pine (Pinus sylvestris -- also known as Scots pine) was planted by the millions across the Midwest and Great Plains, starting with some of the earliest settlers and continuing throughout the 1900s. Over time it became one of the most commonly planted and encountered pines in Nebraska, as it was used as an ornamental in both urban and rural landscapes and was also planted in great numbers in farmstead shelterbelts. Unfortunately, Pine Wilt disease has been killing this tree in great numbers across the region in recent decades, and it's quickly disappearing from the Great Plains landscape.

Scotch pine is a fairly fast-growing species with relatively easy establishment and good winter hardiness and drought tolerance, which made it so desirable in our region. Perhaps its most recognizable feature is its distinctive flaking orange bark, which can be quite pronounced on younger branches.

Like most pines, the tree is pyramidal when young but becomes flat-topped and open with age. The bark will also become more plate-like and brownish-red as the tree matures, eventually coming to resemble that of Ponderosa pine. However, upper branches typically retain the attractive flaky orange bark, helping to identify the tree from a distance. Another distinctive feature of the tree is its relatively short, twisted needles found in pairs and growing about three inches long.

Scots Pine is one of the most wide-ranging trees in the world, occurring naturally from Great Britain and Scandinavia to eastern Siberia, where it’s an important lumber tree. It’s been sad (as well as costly) to watch so many Scotch pines die from Pine Wilt Disease (PWD) in our region in recent years. The disease is caused by a nematode endemic to North America but which the tree has no defenses for. The species is also susceptible to Mountain Pine beetle in western Nebraska and fungal blights in eastern Nebraska. As such, it’s rarely used in the landscape anymore except perhaps as Christmas trees or nurse trees. However, some grand old specimens of Scots pine can still be found across the region. Much like some American elms escaping Dutch Elm disease in the 1960s and 70s, many Scots pines have escaped the first wave of PWD and could become important seed sources in establishing disease resistant varieties.