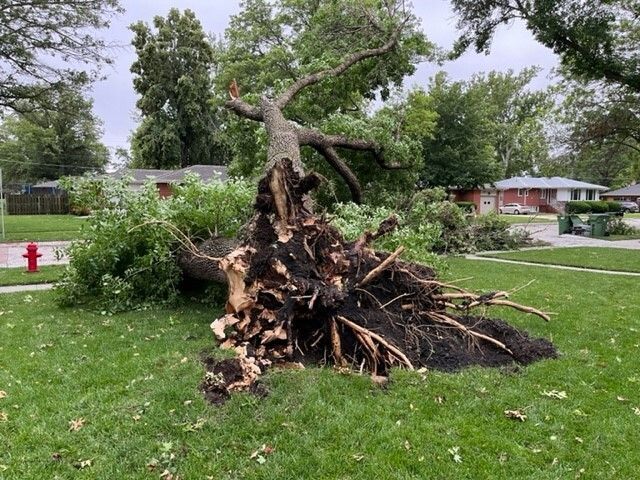 Spring in Nebraska typically brings thunderstorms and many communities in the eastern part of the state have been hit hard in recent weeks with very strong winds and hail. We’ve heard of significant damage in the Seward and York areas as well as in Omaha and Brownville. We were hit hard in Waverly twice in the last two weeks with winds estimated over 80 mph both times. Such storms always expose weak trees and poor branch structure but I was still surprised at how many trees were completely uprooted or blown over.. A few comments about trees and wind damage:

Although much of the state has gotten much needed rain in recent weeks and days, some areas are still gripped by drought. In fact most of the state is in at least moderate drought, and the southwest corner including McCook is in an extreme drought. I’m hoping the more I bring this up, the more rain it will bring.